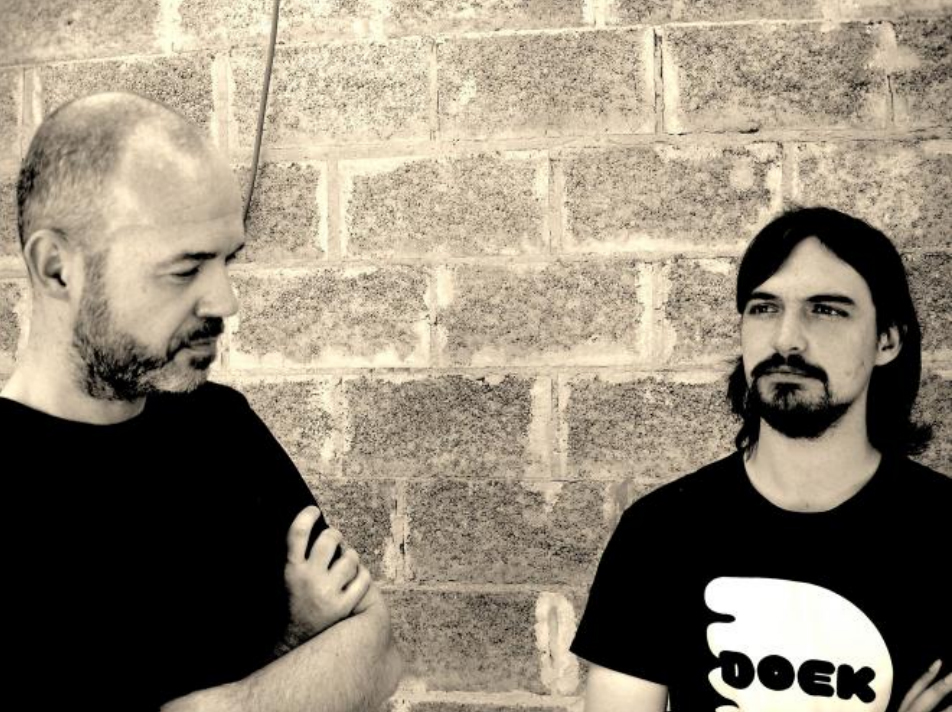 The connection with American sax player extraordinair came after inviting John as guestmusician to THE VOID OF EXPANSION (Tomas Järmyr & Dirk Serries) show at Kunstencentrum De Compagnie in Veghel (The Netherlands) early 2014. Now John Dikeman, Dirk Serries and Dutch wonderdrummer Onno Govaert are forming a new trio, continuing to seek the balance between minimalisme, repetition, noise and freejazz. Since improvisation originates, grows and matures over time in live settings, the DIKEMAN/GOVAERT/SERRIES trio is now available for concerts.

Onno Govaert is a crucial member of the Amsterdam jazz scene and part of the youngest generation of improvising musicians playing at underground clubs such as OT301 and Zaal100. At a young age Govaert already performed with well known Dutch jazz musicians. In Amsterdam he developed his relentless playing in bands such as Cactus Truck, which gathered international acclaim. ‘Onno Govaert stokes the band’s fires with spazzy rumbles and unflagging motion’, commented Chicago Reader, and Volkskrant describes his style as ‘full of initiative and uninhibited.’
“A lone guitarist, Dirk Serries produced an inexorable tsunami of guitar drones. From the simplest of musical material – a minor arpeggio, a simple loop – he conjured a physical musical experience that was huge in scale, and monumental in its sonic sophistication. Brilliant.” The Guardian-UK
Since his first releases in the early 80s, uncompromising Belgian artist Dirk Serries has garnered respect from and invitations to collaborate with recognised musicians like Steven Wilson, Steve Von Till, Justin Broadrick, Cult Of Luna, Teun Verbruggen. He has been commisioned to write works for Dutch national television broadcaster VPRO, the Antwerp Zoo as well as architectural festival Biënnale Rotterdam and worked on stage with the Holland Symfonia orchestra. His discography encompasses stylistically diverse releases on labels like Relapse, Projekt, Conspiracy as well as his current creative partner Tonefloat, an outfit
with years of experience in vinyl editions for acts like Porcupine Tree, Robert Fripp, Theo Travis and Anja Garbarek. Over the past thirty years, he has toured
extensively through Europe and the USA and performed at some of experimental music’s major venues and concert spaces, as headliner or in support of Low, Mono, My
Bloody Valentine, Jesu and others.